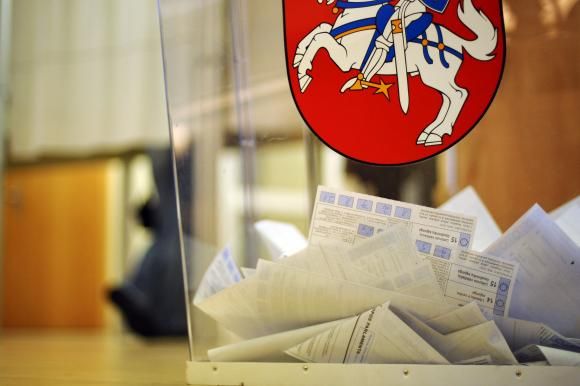 There were even three elections in Lithuania on May 12th commenced at the same time – the first round of the presidential election and two referendums. On Sunday, with nine candidates running
for the nation’s top government position, polling stations were open from 7 a.m. (0400 GMT) to 8 p.m. (1700 GMT), with about 2.47 million voters registered.

Two constitutional referendums were held together with the first round of the presidential races in order to boost their chances of success. However, both referendums did not get a sufficient number
of votes needed in order to change the constitution. The proposed revisions would have diminished the number of MPs in the Seimas from 141 to 121 and enable Lithuanians to hold dual citizenship
with a number of countries meeting “European or Transatlantic integration criteria” which would be further specified by law.

Currently, the Constitution states that Lithuanian citizenship is acquired by birth except in certain
cases established by law and that no person may be a citizen of Lithuania and another country or
state at the same time, except in special cases. This provision of the Constitution can only be changed by a referendum.

A number of people were able to successfully get dual Lithuanian citizenship by descent, which is considered to be an exception and allowed by the Constitution.

Many Lithuanians who live abroad anticipate this change of the Constitution. Emigration was one of the main reasons why the population in Lithuania decreased from 3.7 million people in 1990 to 2.8 million in 2017.

Many Lithuanians living abroad want to keep their Lithuanian citizenship even if they
acquire citizenship of another country. However, currently, it is not allowed by the Constitution.

Even though the referendum failed to change the constitution and allow dual citizenship for more people, politicians do not agree on whether the question is finally answered. Ingrida Simonyte, the leading presidential candidate after the first round of elections, during her press conference on Monday, said that she interprets the results of the referendum as a sign that the majority of Lithuanians clearly want the stance on dual citizenship changed. However, Saulius Skvernelis, current Prime Minister and another presidential candidate, told that the question of whether dual citizenship should be allowed to more people was finally answered.

END_OF_DOCUMENT_TOKEN_TO_BE_REPLACED

Submit your details for a free citizenship eligibility assessment